A collection of living organisms in the human body

When you look at yourself in the mirror you probably think you are looking at just a single living organism. In fact, you are looking at you and between ten and one hundred trillion microbes, microscopic organisms living in and on your body. This means that there are as many as 10 times as many microbes in your body as there are human cells. The term microbiome can refer to either the collection of all these microbes that live in and on an organism at a given time, or, more specifically, to the collection of those organisms’ genomes, their DNA. Microbes are microorganisms, including bacteria, archaea, and fungi; all living beings that are too small to be seen with the naked eye. These microbes have adapted to live in the environment that our bodies provide, and have coevolved with humans to live in places like our gut, on our skin, and other organs. This coexistence can often be helpful to both the microbes and us. We provide a home, and microbes in turn help the human body digest food, regulate the immune system, attack disease causing bacteria, and produce necessary vitamins.

How we study it:

For well over 100 years, we have known that organisms like E. coli bacteria live inside us. With the introduction of new sequencing technology, however, scientists have been able to quickly and dramatically expand the list of human associated microbes. Now, instead of using more classic microbiology techniques, like culturing (growing the organisms in a lab), scientist have begun to simply sequence these microbes’ genomes directly. There are two basic approaches to this type of sequencing, targeted amplicon sequencing and metagenomic sequencing. 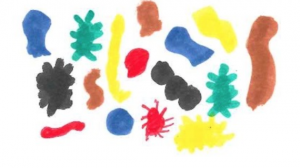 In targeted amplicon sequencing, scientists look for a gene that they expect to be present in many of the micro-organisms but not in the surrounding human cells, and they sequence as many different forms of that gene as they can find. The most common target is the gene for 16S rRNA, a gene that is conserved in almost all bacteria and archaea genomes, but has enough differences between organisms that different species can be identified. The disadvantage to this type of approach is that the researcher will only find the types of organisms they were looking for, potentially missing different or unique types organisms they weren’t expecting.

In metagenomic sequencing, the researcher attempts to directly sequence as much DNA as possible directly from a sample. This collection of sequences from all the organisms are then organized and compared to databases of known sequences to look for similarities and to identify what organisms are present. This has the added benefit that scientist can start to put together not only what organisms are present, but also what genes they have. This can give insights into some of the roles and functions they are performing.

Because of recent advances in sequencing technology, scientists can now sequence the entire microbiomes of multiple people, or even of the same person over time. This can help us understand not only what microbes are present in the human body, but also what variation exists between people and within a person over their life.

Current research is trying to understand the relationship between the human microbiome and human health. We are still at the early stages of making these connections, but interesting examples are emerging. Studies have found that the microbiome may play an important role in determining the risk of obesity. Similarly, the microbes present in the gut may influence the risk of stomach cancer, and there is increasing evidence that asthma and allergies may, at least partially, be influenced by a person’s microbiome. Studies like these raise important questions about how our life choices may influence our microbiome, and about the unexpected ways things like diet changes and antibiotic use may affect our health indirectly through the microbes that live inside us.

One treatment to come from microbiome research has been fecal transplants. This rather gross sounding procedure involves inserting fecal matter from a healthy donor into a patient (by colonoscopy, endoscopy, enema, or in pill form) to replace necessary bacteria that for some reason have been wiped out. It is mostly used to treat inflammation of the bowel caused by the bacteria Clostridium difficile being present in the gut. C. difficile colitis causes severe diarrhea, is extremely difficult to cure, and can sometimes be fatal. Fecal transplants have proven to be extremely effective in treating patients with C. difficile where other treatments have failed, by helping restore a balanced gut microbiome. While still experimental, fecal transplants represent a possible frameshift in medicine, from simply trying to eliminate microbes to trying to culture the growth of a healthy microbial community inside of us.

We are still at the beginning in our understanding of the microbes that live inside of us, and scientists are still trying to present a complete portrait of what a healthy microbiome looks like. Once the basics of the human microbiome are established, research can focus on how those microbes function and interact with human cells, how our choices influence their composition, and how their composition in turn affects our lives. Future research will almost certainly investigate how we can engineer the composition of our microbiome to better our health. In the future, maintaining a healthy lifestyle may not just mean caring for your human cells, but also for the trillions of other organisms that use you as their home.