The initiative that sequenced the entire human genome

The Human Genome Project (HGP) is widely recognized as a tremendous success of government initiative and international collaboration.

Launched by the United States government in 1990 with the goal of sequencing the entire human genome, the scale of this project was enormous; it included the sequencing of 3 billion DNA base pairs and 20,000-25,000 human genes. With a $3 billion budget and occurring simultaneously at 20 institutions across the world, when it was first announced, the Human Genome Project was met with some skepticism by people who thought this publicly funded project was technically beyond reach and financially too costly. By 2000, the HGP announced it had completed a draft of the entire human genome at 99.99% accuracy – five years ahead of schedule.

The HGP was mainly completed using BAC-based sequencing. BAC-based sequencing involves generating bacterial artificial chromosomes that carry long stretches of yet unknown sequences in the human genome. The sequenced regions included both coding and noncoding regions, but it did not include the centromeres (center of chromosomes that hold them together) or telomeres (caps at the ends of chromosomes), neither of which contain DNA that codes for protein. Once those chromosomes were sequenced, it fell upon computer scientists to analyze the sequences, arrange them in order, and locate the regions that code for protein.

Many argue that the HGP was completed so efficiently in part because of competition from a private company, the Celera Corporation. In 1998, Celera, run by J. Craig Venter, announced a competing project to sequence the human genome using $300 million in private funding. The major difference in philosophy of these projects was that Celera wanted to keep the sequence somewhat private, requiring payment to access the sequence and patenting certain genes before the sequence was released. In contrast, the HGP published all sequences allowing for free and open use as soon as they were complete. In fact, the Human Genome Project’s Bermuda Agreement, laid down in 1996, ensured that all information from the HGP would be made freely available to all within 24 hours.

This difference made any collaboration between the two projects impossible. Instead, they competed, and in 2000 the race ended in a virtual tie. Both Celera and the HGP were able to simultaneously publish their draft human genome sequences, making a joint announcement of their successes. Despite the fact that Celera did not complete a sequence before the HGP, many argue that if Celera had not put pressure on the public project it would not have been completed in such a timely and effective manner.

When we say “the human genome”, we gloss over the fact that no two humans have the exact same genome. In fact, both sequencing projects used multiple anonymous donors to construct their sequences, and so neither sequence is the genome of a single person. The sequence is what is known as a reference sequence. A reference sequence is recognized as not the only possible sequence, but is instead a starting point that scientists can build from and compare to. Between any two individuals, a comparison of DNA sequences will be remarkable similar; 99.6 – 99.9% of the DNA sequence will be identical. This makes reference sequences incredibly informative. The basic map of all human DNA is the same. Still, of all the genetic variation that exists, what makes us look different from each other, makes us susceptible to different diseases, and makes us genetically unique, is found in that 0.4 – 0.1%. Trying to understand those differences is the major push of sequencing efforts today. Using new techniques, such as next-generation and third-generation sequencing, genomes are being sequenced at increasingly rapid rates. In 2012, the 1000 Genomes Project announced the completed genomes of over 1000 individuals, collected from a diverse sample of ethnic groups from around the world.

Beyond sequencing: Understanding the genome

While the HGP finished years earlier than expected, and new sequencing technology continues to produce results at breakneck speed, some of the promises of the HGP have been slower to materialize. Many researchers made dramatic claims about speeding up the discovery of cures for human disease and ushering in a new era of personalized genetic medicine. 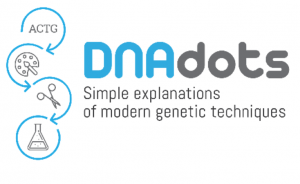 While the HGP revealed that there are a little more than 20,000 human genes, as well as the location and sequence of each gene, the challenge is that the sequence of a gene often tells us little about its function. The HGP has allowed scientists to connect many genes to diseases through genome wide association studies (another DNAdot) and other methods, but to have a complete picture, a genetic sequence must be placed in the correct physiological, developmental, and even evolutionary context. Connecting this sequence data to the physiological bases for health and disease is an even bigger challenge. The HGP has brought us an incredibly long way from the early sequencing days of the 1990s, but we have learned that it takes a lot more than a DNA sequence to understand complex biology.